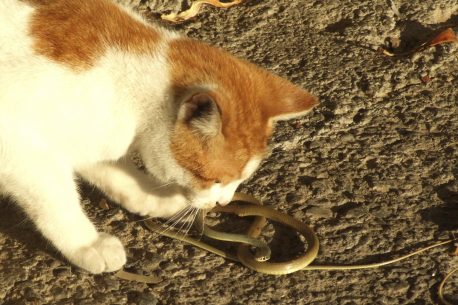 It’s Springtime and that means snakebite season for us at Gawler Animal Hospital! With the recent onset of warm weather, we’re suddenly seeing victims of snakebite in our dog and cat patients. As such, I’d like to give you a few tips regarding snakebite – what does it look like, when does it happen, what do you need to do?

2)       Brown snakes are extremely aggressive, if cornered, and highly venomous

4)       Your pets don’t learn from the experience of being bitten so ‘once bitten, twice shy’ doesn’t apply!

The bite from a snake is not particularly painful at the time and the effects of the venom take some time to show. Unfortunately, your pet doesn’t learn that playing with a snake is a bad thing to do. As such, even a badly affected snakebite victim won’t learn from the process and is just as likely to be interested that next time he or she sees a snake.

The venom is a potent neuro-toxin and can quickly result in respiratory and cardiac failure. If left untreated the venom is fatal

6)       Weakness, collapse, paralysis and excess vocalization (in cats) are the main signs.

8)       We can treat snakebite but you have to be quick, particularly with dogs

We have very good anti-venine to combat the effects of snake-bite. The key is timing and applying this before the toxin takes hold too badly. With appropriate treatment, recovery is rapid in dogs. In cats, things move a lot more slowly and we often need several days of hospital treatment. Not all snakebite victims survive, even with treatment, but our chances are much better with rapid action.

Now that the warm weather has arrived, you need to be really aware and on the lookout for signs of danger for your pets. If you think there’s any chance your pet has been bitten, give us a call on 8522 3500 and get them in to see us pronto. Better to be safe than sorry – don’t let your pet be a victim of snakebite season this year!! 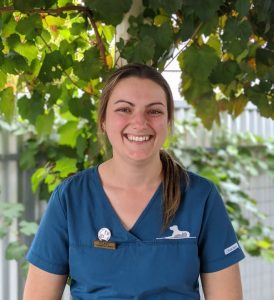 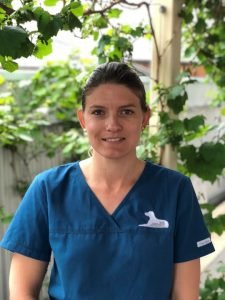 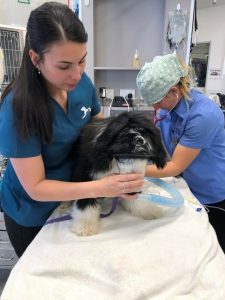 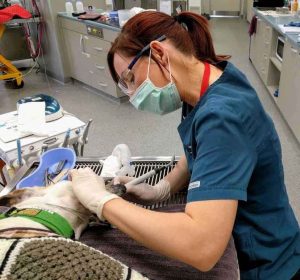 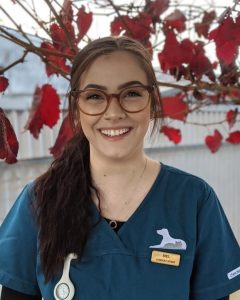