Maisie survives her snake-bite scare! When Sue Agar realized that her Labrador, Maisie, had killed a large Brown snake in the garden, she called us straight away. On advice from the reception staff, Sue jumped in the car and brought her straight in.

Although Maisie wasn’t showing any clinical signs, a quick blood test showed that she had been bitten. At the same time that the blood test results came through, Maisie suddenly crashed. She collapsed and went into respiratory distress. Her blood pressure dropped dramatically and she came perilously close to dying.

With quick thinking and rapid treatment response from Dr Jenny and the nursing crew, however, Maisie lived to fight another day! Snake-bite is a flat-out emergency in dogs. Treatment involves maintaining adequate blood circulation and countering the neuro-toxic effects of the venom.

Maisie was started on intravenous fluids and oxygen supplementation. Anti-venom was administered over the next 30 minutes by intravenous injection. Often one vial of anti-venom is sufficient but, in Maisie’s case, we didn’t see an adequate response. Repeat blood tests confirmed that she needed a second vial of anti-venom. After this second dose, she finally started to improve and showed signs of recovery.

She wasn’t completely out of the woods, though, and so we sent her to an after-hours facility for monitoring. She showed steady progress and made a full recovery overnight. When Sue picked her up the following morning, Maisie was a much happier dog, as her photo shows!

With the recent onset of warm weather, we’re suddenly seeing  a rush of victims of snakebite in our dog and cat patients. Over the last three or four weeks, we’ve seen at least one snake-bite case a day, on average. As such, I’d like to give you a few tips regarding snakebite – what does it look like, when does it happen, what do you need to do?

The bite from a snake is not usually particularly painful at the time and the effects of the venom take some time to show. Unfortunately, your pet doesn’t learn that playing with a snake is a bad thing to do. As such, even a badly affected snakebite victim won’t learn from the process and is just as likely to be interested that next time he or she sees a snake.

Pupils also tend to dilate in cats. Some dogs will have an initial collapse then appear to recover for a few minutes – don’t be fooled, this is usually the precursor to much more severe onset of signs. This is exactly what happened with Maisie!

We have very good anti-venom to combat the effects of snake-bite. The key is timing and applying this before the toxin takes hold too badly is ideal. With appropriate treatment, recovery is rapid in dogs. In cats, things can move a lot more slowly (not always) and we often need several days of hospital treatment. Not all snakebite victims survive, even with treatment, but our chances are much better with rapid action.

Maisie was lucky that Sue, her owner, acted so quickly. Not all of our patients are so lucky, sadly.  Now that the warm weather has arrived, you need to be really aware and on the lookout for signs of danger for your pets. If you think there’s any chance your pet has been bitten, give us a call and get them in to see us pronto. Better to be safe than sorry – don’t let your pet be a victim of snakebite season this year!! 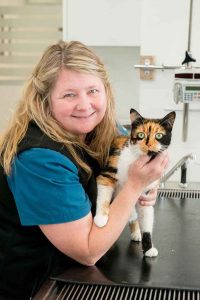 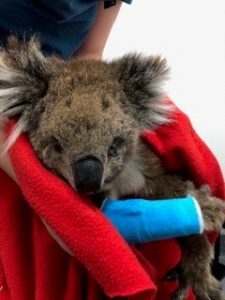