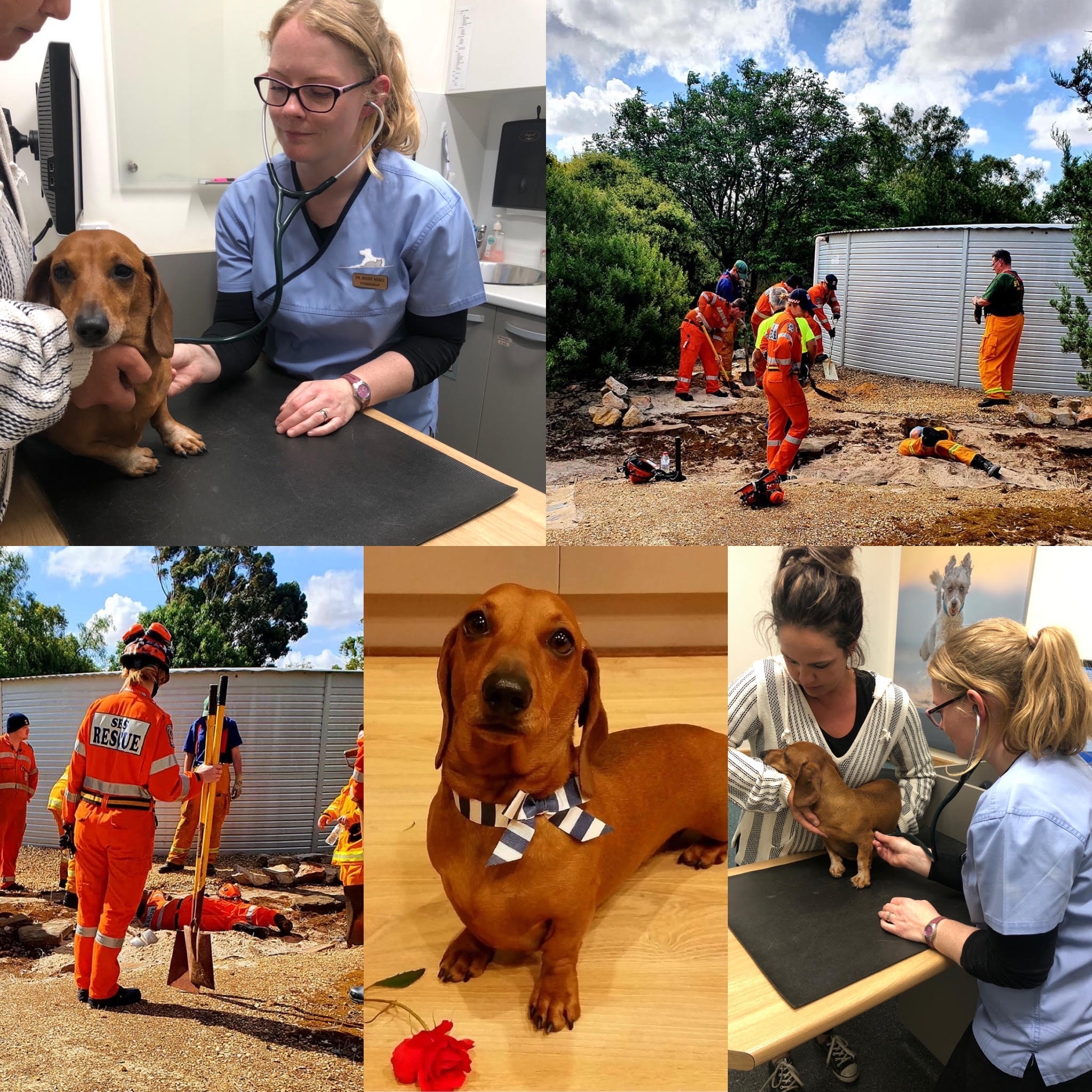 Watch out, because once you head down the rabbit hole you never know what you might discover…..as Harley the Dachshund recently found out!

Every now and then we have a phone call that makes the whole team’s hearts race…. and this was one of those calls. Harley’s mum Jean thought it was unusual that Harley had gone quiet; normally when he is in the backyard chasing rabbits you would hear him from a mile away. However this afternoon was different; he had gone quiet and yet was nowhere to be found.

Harley the Mini Dachshund had gotten himself into a spot of bother as he had found his way five meters down a rabbit hole and somehow managed to get stuck! Jean managed to hear him bark but it was quite muffled and Jean knew straight away she needed help.

This is when she called Gawler Animal Hospital and was desperate for some advice. The panic in her voice was real as she explained the situation and that the rabbit hole extended underneath a large rainwater tank. Our receptionist Lauren with the help of Dr Steve advised her to call the CFS/SES who were brilliant and responded as quickly as possible. However by the time the emergency services had arrived, Harley had been stuck for three hours and Jean could no longer hear his muffled bark. She was bracing for the worst outcome.

After what felt like a lifetime of careful digging by the CFS /SES, Harley was rescued and thankfully alive!

Mum gave him a quick cuddle and bath and then popped him in the car to see Dr Jenny for a check over. Harley certainly had quite the afternoon but thankfully, Dr Jenny gave Harley the all clear!
We received an email a few days later from Jean, thanking us for all our help.

We are just ever so happy that Harley is ok and hope he has decided to give up on his ‘rabbit obsession’!