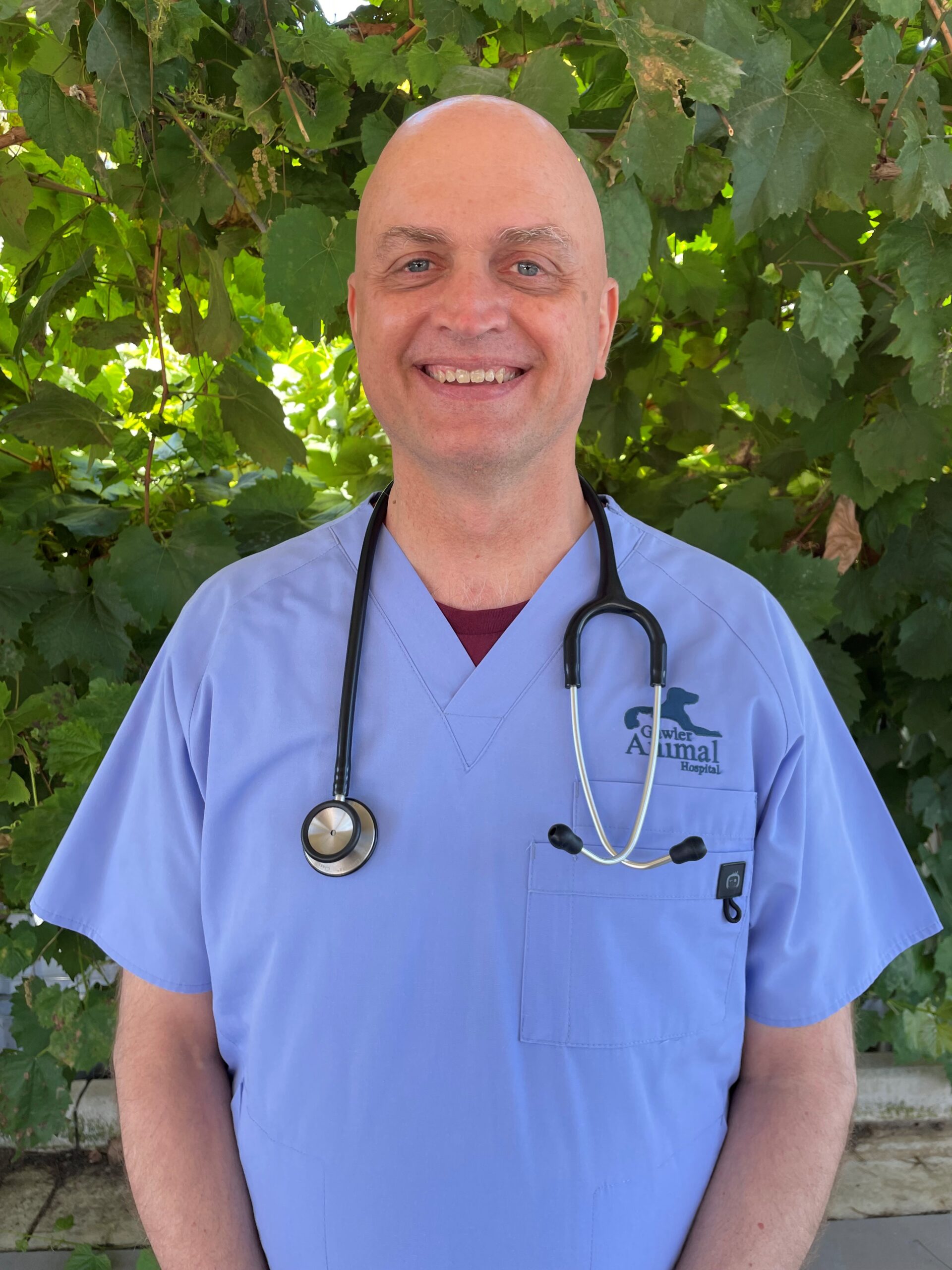 Christo grew up in Africa – during his primary school years he could often be seen with a chameleon on his head or a snake bulging under his shirt.  He would wake up some mornings to the chirping of chicks hatching in the incubator next to his bed.  He spent long hours roaming the African bush enjoying the sights, sounds and all the surprise encounters out there.  Dogs, cats, birds, cattle, sheep, reptiles, elephants, giraffes, lions and the sound of hyenas at night were all part of his “normal”.

One thing led to another and he qualified as a veterinarian in 1991 after marrying his wife Marzelle –  a veterinary nurse at the time.  He started working as a government veterinarian but soon got permission to have his own veterinary practice on the side.  Christo and Marzelle also started breeding parrots which turned into a commercial operation with 300 adult African Grey parrots.  Christo eventually left the government service to divide his time between running his practice and breeding parrots for the export market.

The Delport family moved to Adelaide in 2007 where dogs, cats, birds, reptiles, kangaroos, koalas and the sound of a Southern Boobook at night are all part of their “normal” now.  Christo and Marzelle have three children, two born in Africa and one in Australia.

Since arriving in Adelaide, Christo has been working in small animal practice.  A large percentage of his patients are of the scaled and feathered kinds – he loves the feel of a snake curling around his arm or looking deep into a cockatoo’s eyes – doing those things he has been doing for as long as he can remember! Christo is interested in both the medical and surgical side of treating his diverse case load. He is especially excited to be part of the team at Gawler Animal Hospital where all kinds of different skills are available in a state of the art facility to ensure that patients receive the best possible treatment whether they are furry, feathered or scaly.

So what does Christo do when he isn’t treating animals?  You will find him with either a paint brush or a camera in his hands.  He loves painting wildlife including Australian birds and African animals using his own photos as reference material.

And who rules the roost at the Delport household? An Australian Crested Pigeon called “Veertjie” (means little feather) – he was a fauna rescue case that went home for just the weekend and has never left since…