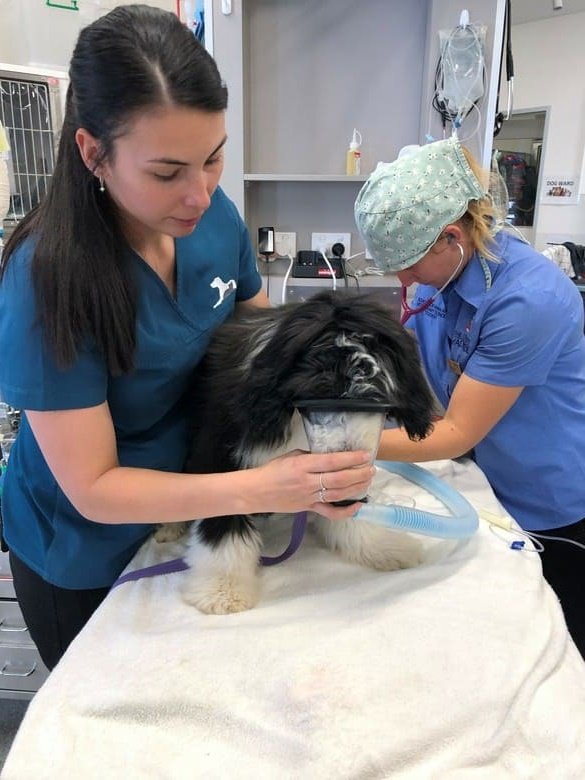 Well, we’ve already had our first snake-bite of the season. Young ‘Piper’, a Bearded Collie pup, was brought in by her owner, Tammy McClelland. Tammy had found her out in the garden collapsed and feeling very unwell. Although Piper improved fairly quickly, Tammy (an experienced veterinary nurse) knew that this could be caused by snakebite and so she rushed her straight in to see us.

By the time Piper arrived, she was looking a bit off-colour again and Dr Jenny immediately ran some blood tests. Snake venom from Eastern Brown snakes (the vast majority of snakes in our area are ‘Brownies’) causes an increase in clotting times in dogs and we can use this as a pretty accurate diagnostic test. As it turns out, Piper’s results were off the charts and so Dr Jenny started immediate treatment.

Treatment involves oxygen, intravenous fluids, anti-inflammatories and pain relief but, most importantly, anti-venine. The severity of signs in dogs depends on how much venom is in the system. If cornered, ‘Brownies’ will bite repeatedly and it would seem that this was the case with Piper. After the first vial of anti-venine, Piper responded quite well but then went downhill again. Dr Jenny added a second vial and, after this, Piper started to settle down.

I’m happy to report that, after 24 hours of treatment and monitoring, Piper was able to go home. Blood tests showed that there was no significant damage to her kidneys or other organs. She was one of the lucky ones. If not for the rapid action on Tammy’s part and the treatment from Dr Jenny and the team, there is a strong chance that Piper wouldn’t have survived this level of envenomation.

Every year we’re confronted with a number of cases of snakebite in both dogs and cats. If left untreated, snakebite is most often a fatal disease and, as such, it’s really important that you’re aware of the dangers.

Given that snakes are warm-blooded creatures, Spring and early Summer is the time we start to see them each year. Of course it’s also breeding season for the snakes and so there’s plenty of activity out there. Snakebite is an absolute emergency in dogs, as you can see from Pipers’ tale. Even where owners are not sure if their pet has actually been bitten, we always recommend coming in for assessment RIGHT NOW!

Snakes will avoid us, if possible, and only become aggressive if cornered. When that happens, though, Brown snakes become very aggressive and will strike multiple times. They’re one of the two most venomous snakes in the world so being bitten by one is not a great idea! Unfortunately, Gawler is  pretty much the epicentre of the Brown Snake world so we see lots of them! Although not as common in our area, Red-bellied Blacks are also highly venomous. They’re seen more often near a stream or wetland which is why we don’t see so many of them (no water = no streams!).

The bite from a snake is not usually particularly painful at the time and the effects of the venom take some time to show. Unfortunately, your pet doesn’t learn that playing with a snake is a bad thing to do. As such, even a badly affected snakebite victim won’t learn from the process and is just as likely to be interested the next time he or she sees a snake.

We have very good anti-venom to combat the effects of snake-bite. The key is timing and applying this before the toxin takes hold is ideal. With appropriate treatment, recovery is rapid in dogs. In cats, things can move a lot more slowly (not always) and we often need several days of hospital treatment. Not all snakebite victims survive, even with treatment, but our chances are much better with rapid action.

4 thoughts on “Snake Season has Started!!” 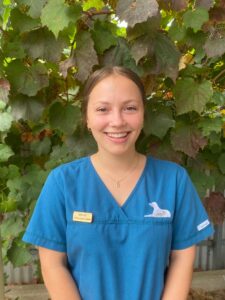